An air purifier or air cleaner is a device which removes contaminants from the air in a room. These devices are commonly marketed as being beneficial to allergy sufferers and asthmatics, and at reducing or eliminating second-hand tobacco smoke. The commercially graded air purifiers are manufactured as either small stand-alone units or larger units that can be affixed to an air handler unit (AHU) or to an HVAC unit found in the medical, industrial, and commercial industries. Air purifiers may also be used in industry to remove impurities such as CO2 from air before processing. Pressure swing adsorbers or other adsorption techniques are typically used for this.

2. use and benefit of purifier

There are two types of air purifying technologies, Active and Passive. Active air purifier use ionisation for cleaning the air. Passive air purification units on the other hand use air filters to remove pollutants. They are more efficient since all dust and Particulate Matter is permanently removed from the air and collected in the filters.

Several different processes of varying effectiveness can be used to purify air.

High-efficiency particulate arrestance (HEPA) filters remove at least 99.97% of 0.3-micrometer particles and are usually more effective at removing larger particles. HEPA purifiers, which filter all the air going into a clean room, must be arranged so that no air bypasses the HEPA filter. In dusty environments, a HEPA filter may follow an easily cleaned conventional filter (prefilter) which removes coarser impurities so that the HEPA filter needs cleaning or replacing less frequently. HEPA filters do not generate ozone or harmful byproducts in course of operation.

Filter HVAC at MERV 14 or above are rated to remove airborne particles of 0.3 micrometers or larger. A high efficiency MERV 14 filter has a capture rate of at least 75% for particles between 0.3 to 1.0 micrometers. Although the capture rate of a MERV filter is lower than that of a HEPA filter, a central air system can move significantly more air in the same period of time. Using a high-grade MERV filter can be more effective than using a high-powered HEPA machine at a fraction of the initial capital expenditure. Unfortunately, most furnace filters are slid in place without an airtight seal, which allows air to pass around the filters. This problem is worse for the higher-efficiency MERV filters because of the increase in air resistance. Higher-efficiency MERV filters are usually denser and increase air resistance in the central system, requiring a greater air pressure drop and consequently increasing energy costs. 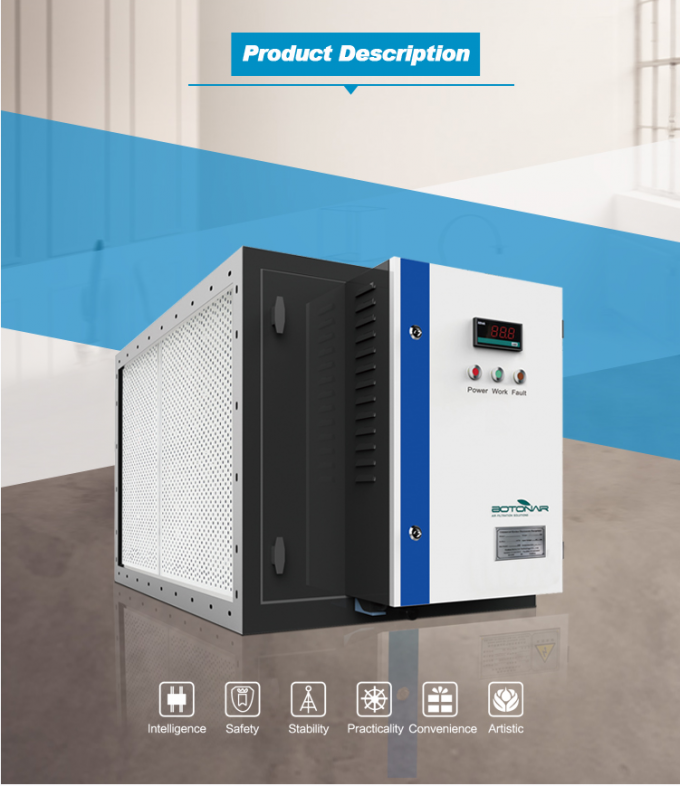