A hydrogen station is a storage or filling station for hydrogen, usually located along a road or hydrogen highway, or at homeas part of the distributed generation resources concept.The stations are usually intended to power hydrogen vehicles, but can also be used to power small devices.Vehicles use hydrogen as fuel in one of several ways, including fuel cells and mixed fuels like HCNG. The hydrogen fuel dispensers dispense hydrogen gas by the kilogram

The raw water runs into the raw water tank through pipes , then enters into hydrogen (oxygen) synthesis tower by feed water pump and then passes by alkali solution pump and alkali solution filter, at last ,it enters into electrolysis ,in the electrolysis ,the water is continuously be electrolyzed and become hydrogen and oxygen in different side, then the hydrogen and oxygen separately runs into hydrogen(or oxygen )separator with lye solution. In separator ,gas will be separated by means of weight ,the left solution will be mixed with new feed water in separator ---then into lye solution circulating pump ---filter—eletrolyzer---separator this internal circulation . the separated oxygen gas will be cooled ,scrubbed, separated from water vapor ,then runs into water-gas separator for separating condensed water,and finally go out through regulator valve. The process of hydrogen gas is same as oxygen gas .
The system cooling water is used for the consumption of water electrolysis for hydrogen(oxygen) production equipment and cooling for rectifier, otherwise ,the system cooling water can feed water to seal water tank.
The instrument air is supplied for the valves of primary instrument on auxiliary frame No.I Such as pneumatic diaphragm regulate valves .

B. Control loop and parameter of hydrogen generating system
I. Pressure control system
At first, the pressure transducer on oxygen separator gets the signals of oxygen pressure, then the pressure transducer turns the signals into 4-20MA current and sends the changed signal to PLC. After comparing with the set data and PID calculating,PLC transmits electric signals to electric-gas convertor to become gas signals into 0.02-0.1Mpa,and then controls the pneumatic diaphragm regulate valve on oxygen side to keep the system pressure at balanced situation, and by this way the system could work normally.
II. Liquid level control system 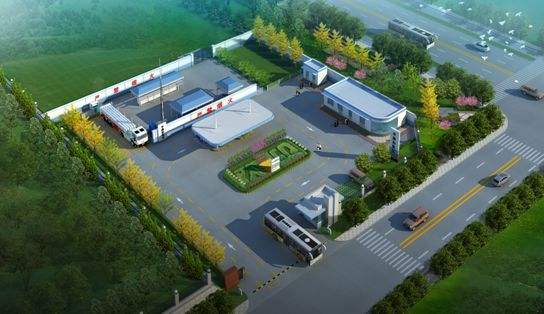