A valve is a device that regulates, directs or controls the flow of a fluid (gases, liquids, fluidized solids, or slurries) by opening, closing, or partially obstructing various passageways. Valves are technically fittings, but are usually discussed as a separate category. In an open valve, fluid flows in a direction from higher pressure to lower pressure. The word is derived from the Latin valva, the moving part of a door, in turn from volvere, to turn, roll.

The simplest, and very ancient, valve is simply a freely hinged flap which drops to obstruct fluid (gas or liquid) flow in one direction, but is pushed open by flow in the opposite direction. This is called a check valve, as it prevents or "checks" the flow in one direction. Modern control valves may regulate pressure or flow downstream and operate on sophisticated automation systems.

Valves have many uses, including controlling water for irrigation, industrial uses for controlling processes, residential uses such as on/off and pressure control to dish and clothes washers and taps in the home. Even aerosols have a tiny valve built in. Valves are also used in the military and transport sectors.

The valve's body is the outer casing of most or all of the valve that contains the internal parts or trim. The bonnet is the part of the encasing through which the stem (see below) passes and that forms a guide and seal for the stem. The bonnet typically screws into or is bolted to the valve body.

Ports are passages that allow fluid to pass through the valve. Ports are obstructed by the valve member or disc to control flow. Valves most commonly have 2 ports, but may have as many as 20. The valve is almost always connected at its ports to pipes or other components. Connection methods include threadings, compression fittings, glue, cement, flanges, or welding. 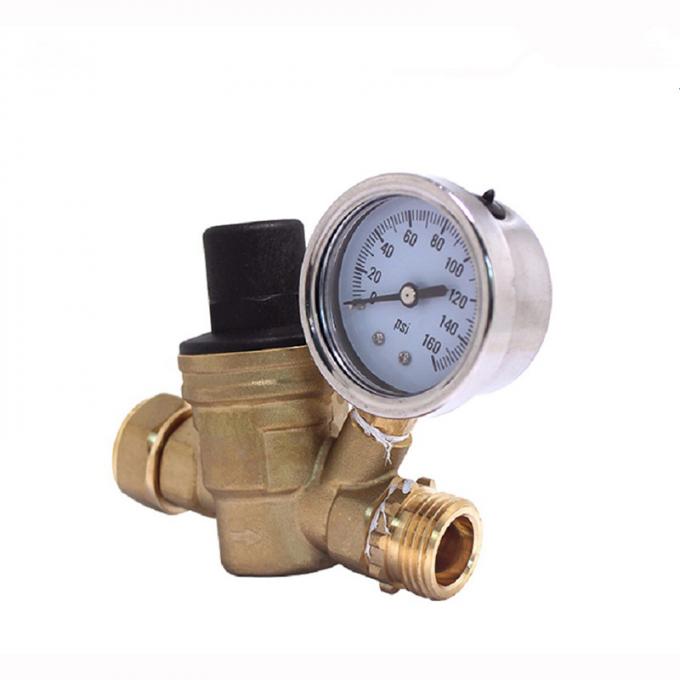