An air compressor is a device that converts power (using an electric motor, diesel or gasoline engine, etc.) into potential energy stored in pressurized air (i.e., compressed air). By one of several methods, an air compressor forces more and more air into a storage tank, increasing the pressure. When tank pressure reaches its engineered upper limit the air compressor shuts off. The compressed air, then, is held in the tank until called into use.The energy contained in the compressed air can be used for a variety of applications, utilizing the kinetic energy of the air as it is released and the tank depressurizes. When tank pressure reaches its lower limit, the air compressor turns on again and re-pressurizes the tank.
An air compressor must be differentiated from an air pump which merely pumps air from one context (often the surrounding environment) into another (such as an inflatable mattress, an aquarium, etc.). Air pumps do not contain an air tank for storing pressurized air and are generally much slower, quieter, and less expensive to own and operate than an air compressor.

Air compressors have many uses, including: supplying high-pressure clean air to fill gas cylinders, supplying moderate-pressure clean air to a submerged surface supplied diver, supplying moderate-pressure clean air for driving some office and school building pneumatic HVAC control system valves, supplying a large amount of moderate-pressure air to power pneumatic tools, such as jackhammers, filling high pressure air tanks (HPA), for filling tires, and to produce large volumes of moderate-pressure air for large-scale industrial processes (such as oxidation for petroleum coking or cement plant bag house purge systems).
Most air compressors either are reciprocating piston type, rotary vane or rotary screw. Centrifugal compressors are common in very large applications. There are two main types of air-compressor pumps: oil-lubed and oil-less. The oil-less system has more technical development, but is more expensive, louder and lasts for less time than oil-lubed pumps. The oil-less system also delivers air of better quality.
The most common types of air compressors are: electric or gas/diesel powered compressors. The power of a compressor is measured in HP (horsepower) and CFM (cubic feet per minute of intake air).The gallon size of the tank specifies the volume of compressed air (in reserve) available. Gas/diesel powered compressors are widely used in remote areas with problematic access to electricity. They are noisy and require ventilation for exhaust gases. Electric powered compressors are widely used in production, workshops and garages with permanent access to electricity. Common workshop/garage compressors are 110-120 Volt or 230-240 Volt. Compressor tank shapes are: "pancake", "twin tank", "horizontal", and "vertical". Depending on a size and purpose compressors can be stationary or portable. 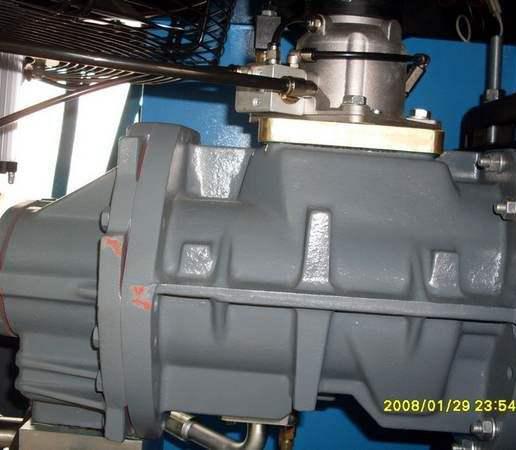