A pipe is a tubular section or hollow cylinder, usually but not necessarily of circular cross-section, used mainly to convey substances which can flow — liquids and gases (fluids), slurries, powders and masses of small solids. It can also be used for structural applications; hollow pipe is far stiffer per unit weight than solid members.

In common usage the words pipe and tube are usually interchangeable, but in industry and engineering, the terms are uniquely defined. Depending on the applicable standard to which it is manufactured, pipe is generally specified by a nominal diameter with a constant outside diameter (OD) and a schedule that defines the thickness. Tube is most often specified by the OD and wall thickness, but may be specified by any two of OD, inside diameter (ID), and wall thickness. Pipe is generally manufactured to one of several international and national industrial standards. While similar standards exist for specific industry application tubing, tube is often made to custom sizes and a broader range of diameters and tolerances. Many industrial and government standards exist for the production of pipe and tubing. The term "tube" is also commonly applied to non-cylindrical sections, i.e., square or rectangular tubing. In general, "pipe" is the more common term in most of the world, whereas "tube" is more widely used in the United States.

Both "pipe" and "tube" imply a level of rigidity and permanence, whereas a hose (or hosepipe) is usually portable and flexible. Pipe assemblies are almost always constructed with the use of fittings such as elbows, tees, and so on, while tube may be formed or bent into custom configurations. For materials that are inflexible, cannot be formed, or where construction is governed by codes or standards, tube assemblies are also constructed with the use of tube fittings.

There are three processes for metallic pipe manufacture. Centrifugal casting of hot alloyed metal is one of the most prominent process.Ductile iron pipes are generally manufactured in such a fashion. Seamless (SMLS) pipe is formed by drawing a solid billet over a piercing rod to create the hollow shell. As the manufacturing process does not include any welding, seamless pipes are perceived to be stronger and more reliable. Historically, seamless pipe was regarded as withstanding pressure better than other types, and was often more available than welded pipe.

Advances since the 1970s in materials, process control, and non-destructive testing, allow correctly specified welded pipe to replace seamless in many applications. Welded pipe is formed by rolling plate and welding the seam (usually by Electric resistance welding ("ERW"), or Electric Fusion Welding ("EFW")). The weld flash can be removed from both inner and outer surfaces using a scarfing blade. The weld zone can also be heat-treated to make the seam less visible. Welded pipe often have tighter dimensional tolerances than the seamless type, and can be cheaper to manufacture.

There are a number of processes that may be used to produce ERW pipes. Each of these processes leads to coalescence or merging of steel components into pipes. Electric current is passed through the surfaces that have to be welded together; as the components being welded together resist the electric current, heat is generated which forms the weld. Pools of molten metal are formed where the two surfaces are connected as a strong electric current is passed through the metal; these pools of molten metal form the weld that binds the two abutted components.

ERW pipes are manufactured from the longitudinal welding of steel. The welding process for ERW pipes is continuous, as opposed to welding of distinct sections at intervals. ERW process uses steel coil as feedstock.

The High Frequency Induction Technology (HFI) welding process is used for manufacturing ERW pipes. In this process, the current to weld the pipe is applied by means of an induction coil around the tube. HFI is generally considered to be technically superior to “ordinary” ERW when manufacturing pipes for critical applications, such as for usage in the energy sector, in addition to other uses in line pipe applications, as well as for casing and tubing.

Large-diameter pipe (25 centimetres (10 in) or greater) may be ERW, EFW or Submerged Arc Welded ("SAW") pipe. There are two technologies that can be used to manufacture steel pipes of sizes larger than the steel pipes that can be produced by seamless and ERW processes. The two types of pipes produced through these technologies are longitudinal-submerged arc-welded (LSAW) and spiral-submerged arc-welded (SSAW) pipes. LSAW are made by bending and welding wide steel plates and most commonly used in oil and gas industry applications. Due to their high cost, LSAW pipes are seldom used in lower value non-energy applications such as water pipelines. SSAW pipes are produced by spiral (helicoidal) welding of steel coil and have a cost advantage over LSAW pipes, as the process uses coils rather than steel plates. As such, in applications where spiral-weld is acceptable.Tubing for flow, either metal or plastic, is generally extruded. 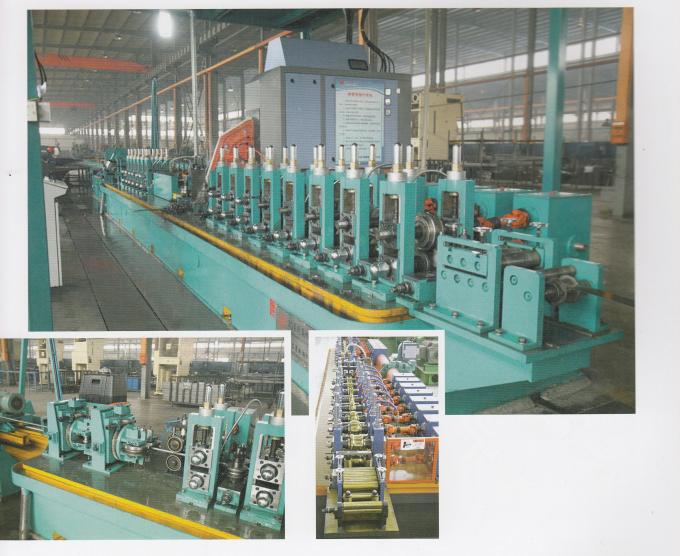