Compressed air is purified through the air dryer and filters to a certain level for main generator to work with. Air buffer is incorporated for smooth supply of compressed air thus to reduce fluctuation of compressed air source. The generator produces oxygen with PSA (pressure swing adsorption) technology, which is a time proven oxygen generation method. Oxygen of desired purity at 93%±3% is delivered to oxygen buffer tank for smooth supply of product gas. Oxygen in buffer tank is maintained at 4bar pressure. 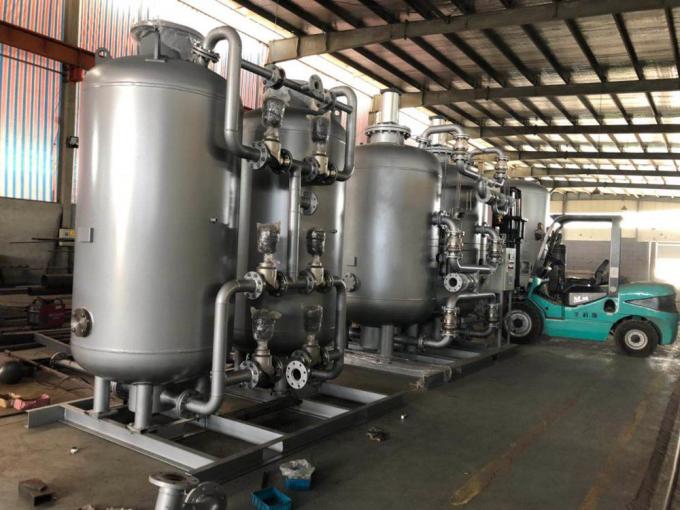